Looking to Put Yourself Forward for the ACA Board? 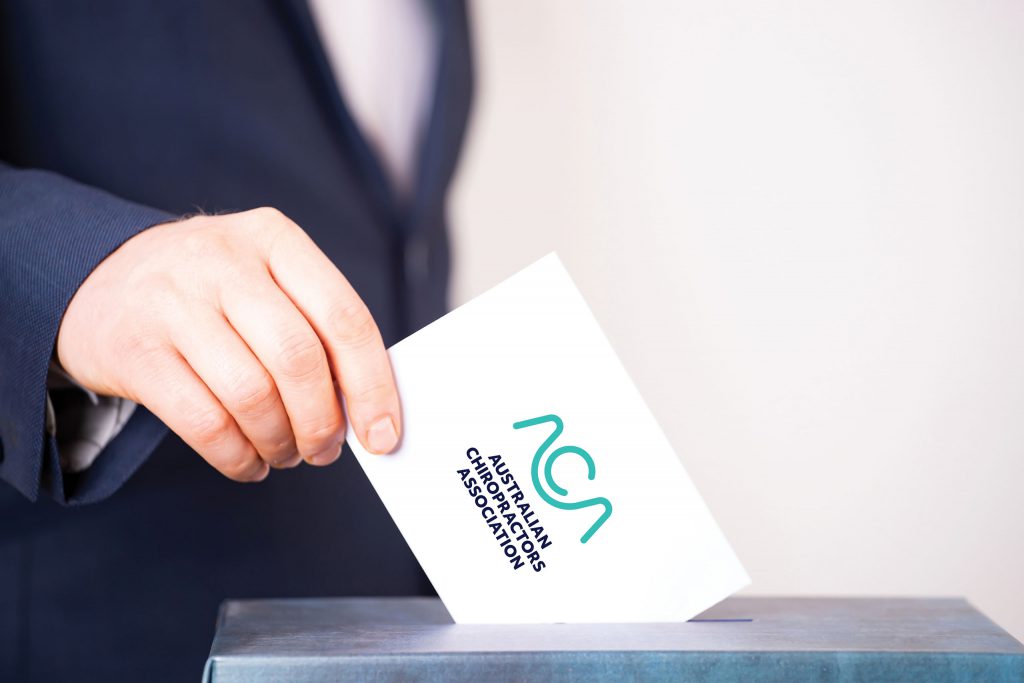 Governance is an important role in any organisation, yet for many they are launched into board positions as a result of their passion for the profession, a desire to contribute to the future of chiropractic or because they were simply prepared to step up when it became evident that somebody needed to. If you are considering putting yourself forward for election to sit on the ACA Board, there are some important things to consider.

As part of your Director duties, you are required to act in the best interests of the company as a whole, ensuring that the company can fulfil its role of delivering on behalf of the entire membership in accordance with the agreed strategic direction and objects of the ACA. Duties also include ensuring that you are fully up-to-date on the company’s financial position and performance; act honestly and exercise care and diligence; make decisions in good faith and for a proper purpose; avoid conflicts of interest and do not improperly use position or information for personal gains.

Corporate governance requires that a board put in place systems to direct and control the operation of the company ensuring that it complies with the related regulatory body/s requirements. In our case, these regulatory bodies are ASIC and the ATO and the company must abide by Common and Statute Law.

While the company will employ or contract people to undertake these tasks it is the board that is ultimately responsible for the outcome of the activities and must sign off on the work done as meeting these regulatory requirements. Directors must keep abreast of an often complex and rapidly changing business environment and ensure that the business is being run in accordance with any changes that might occur.
There are penalties and consequences for directors who fail to comply with their obligations under Australian law.

In recent years, the ACA Board has increasingly operated under the parameters of a skills-based board, adopting the Australian Institute of Company Directors (AICD) Not-for-Profit Governance Principles. These principles include diversity and performance as key attributes of being a director of a company limited by guarantee. Importantly, it is about bringing something meaningful to the board table to progress the strategic directions of the ACA.

Despite a perception that a particular board member from a particular region may ensure their region of origin will be represented at the board level, this is not the case. A company is a separate entity by law and any director who serves on the board of that company must do so for the benefit and prosperity of the company, and not representing other interested parties despite any personal or philosophical allegiances they might have.

Ultimately it is members that will decide who they wish to sit on their board, however, the election of directors should be viewed in terms of what skills they might bring to the board, bearing in mind their past experience and knowledge in business, with little emphasis placed on regional or philosophical representation. Skills-based boards are in line with the current trends in modern board composition.

At the ACA Board meeting on 2 July 2022, it was determined that the Board’s desired skill-set/criteria for the 2022 nominations would include:

Board of Directors Nominations

The ACA Constitution provides that the ACA Board shall comprise of a minimum of four and a maximum of nine Directors. Six Directors are chiropractors elected by the membership. The Board may also appoint a further three persons, who may not be members of the Association nor chiropractors to enhance the skill set of the Board.

In 2020, a special resolution was adopted by members to change from a two-year to a three-year tenure for Directors, to support the concept of retention of corporate memory and performance. The Board is structured so that some elected Directors must retire each year by rotation and may be eligible for re-election. A Director elected by members this year will be appointed for either a two or three year term, as part of our transition into the three year tenure. The two Directors with the highest votes will be appointed for three years, with the third highest vote appointed for two years.

In accordance with the Constitution, the three current serving Directors, Drs Anthony Coxon, Billy Chow and Angela Todd will retire, but are eligible to stand for re-election. Accordingly, the ACA is calling for nominations for three Directors.

The timelines for nominations and election in 2022 are as follows: